As Jean-Luc Picard, captain of the Enterprise, said
of the Borg:  “In their
collective state, the Borg are utterly without mercy; driven by one will alone:
the will to conquer. They are beyond redemption,
beyond reason.” 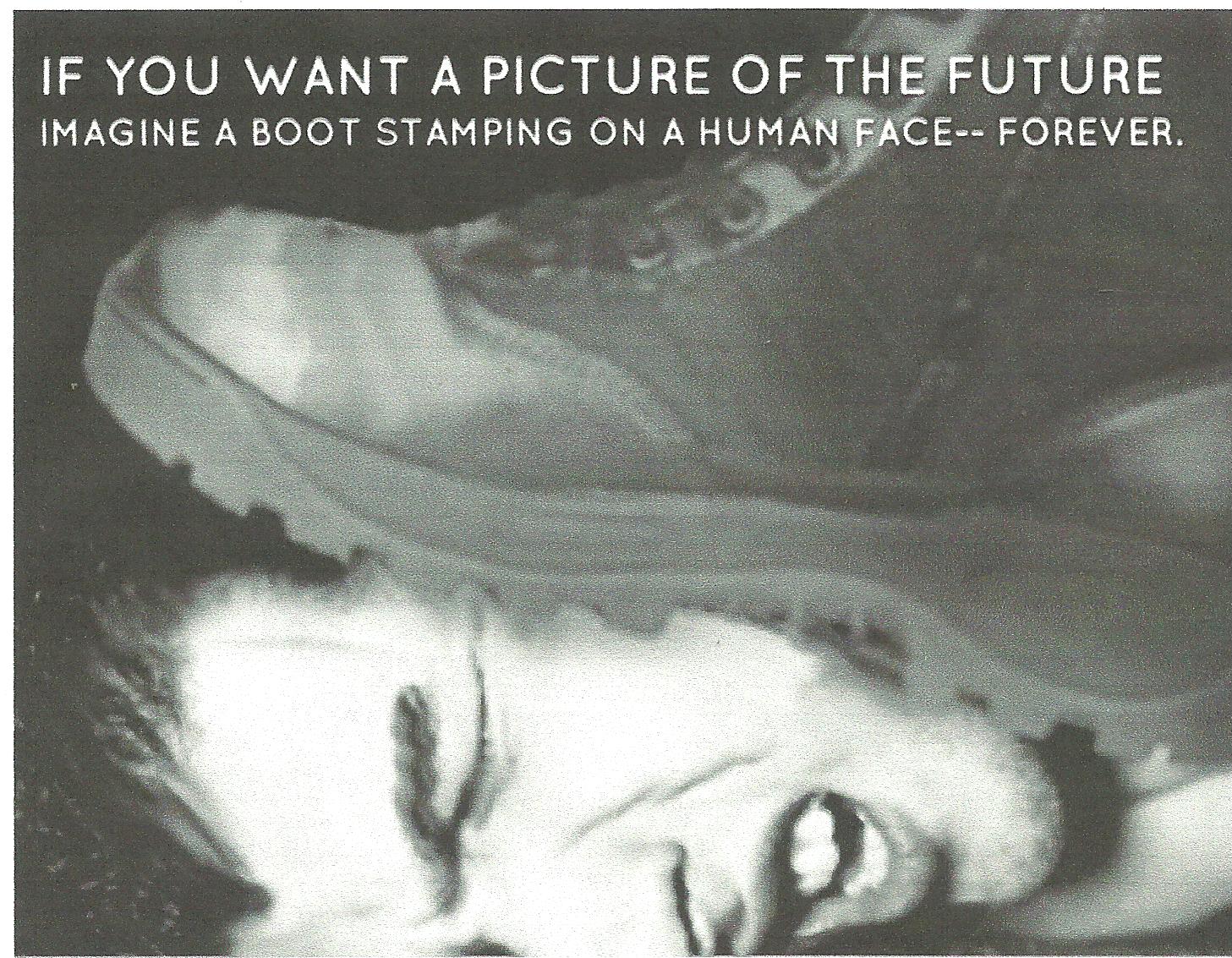 This is true of not only Islam and of the
Marxist/Progressive agenda for this country, but now of the LGBT movement,
whose political agenda has been boosted by the Supreme
Court’s ruling on gay marriage. To paraphrase Islam authority Robert
Spencer’s criticism of Australian Prime Minister’s public statement that
divorces Islam from religion and totalitarian theocracy, the Supreme Court’s
and the MSM’s responses to the LGBT’S political power play remain “blind,
uninformed, and based on falsehood.” The principal falsehood is that
homosexuality is not a matter of volition, but of external and/or intrinsic
factors beyond the realm of choice. That is, of sociological or biological
influences and pressures.
The other falsehood is that the Law of Identity
does not apply to one’s sex, and can be defied because one’s sex or “gender” is
based on the notion of the primacy of consciousness and not on the primacy of
existence. It is the former that governs contemporary thinking, that is, in believing
that reality is what the mind makes it to be, fueled by one’s feelings.
The idea that emotions are not tools of cognition
is an idea rejected by the whole homosexual advocacy movement. The LGBT
movement is moved by a will to conquer, politically and socially, in accordance
with Barack Obama’s campaign to “transform” America, and is demonstrably beyond
reason.
But, back to the Mexicans, that is, all Central and
South Americans who invade the U.S. through Mexico. We left off in Part I by
noting that Mexicans can also take another leaf from
their Muslim  compañeros de
armas in Europe once they become permanent, “legalized” settlers
in America who refuse to assimilate, and by highlighting the strategy laid out
in the Institute
of Muslim Minority Affairs. I’m sure the National Council of La Raza has a
similar organization that researches and describes how the gringo politics and culture
can be made to bend to the Hispanic will.
Let’s
substitute Mexican for Muslim and see if it rings a bell:
The
manifesto could explain “Mexican Minority Affairs” as more than an
organization or a social concept, but as a calculated foreign policy of the La
Raza Foreign Affairs, designed to achieve these specific goals. Now, don’t
start denigrating the immigrating Mexicans. They’re our “friends,” aren’t they?
1) Recruit individual Mexicans who live in a non-Mexican
land and transform them as a collective unit by establishing Mexican cultural centers,
educational programs, churches, and organizations like La Raza and the Sinoloa
and Guadalajara Cartels’ Educational Foundations that
serve to discourage and prevent Mexicans from assimilating into the culture of
their non-Mexican host nation, namely the U.S.

2) Encourage these Mexican residents of the non-Mexican host nation to shift
the demographic scales in their own favor by means of population growth—and by
a militant separatism and self-ghettoization — thereby enabling them to more
effectively advance an agenda based on fundamentalist anti-West and
anti-assimilation doctrines, with special stress on perceived discrimination
and career victimhood.

3) Eventually the proliferation of Mexicans in the host nation will hit
critical mass, tilting that society toward majority-Mexican or Hispanic status.

4) Ultimately, the host state will join Los Estados Unidos de México. Well, at least California and most of the Southwest will
join it.
As I remarked in Swamp
of Evil I, it may be interesting to witness the clash between Muslims and
Mexicans over who gets to lord it over a dissolved United States. I have no
idea where Mexican and Muslim gays will fit into this scenario, but the Left,
which champions and celebrates the submission of America to homosexuality,
dismisses or is oblivious to the fact that in Islam homosexuality is forbidden
and gays are tossed off of rooftops or hanged as a matter of enforcement of
Sharia law.
The
National Council of La Raza? What is that? Is it an organization that
advocates the supremacy of Hispanics over all other races, as Islam touts
itself as superior to all other religions. Discover the Network reports:
The words “La Raza” (Spanish for
“The Race”) in NCLR’s name have long been a source of considerable controversy.
Critics claim that the name reflects an organizational commitment to racial
separatism and race-based grievance mongering. By NCLR’s telling,
however, such critics have mistranslated the word “Raza.” “The term ‘La Raza,’”
says the organization, “has its origins in early 20th century Latin American
literature and translates into English most closely as ‘the people’ or,
according to some scholars, ‘the Hispanic people of the New World.’”
According to NCLR, “the full term,”
which was coined by the Mexican scholar José Vasconcelos
[1882-1959], is “la raza cósmica,” meaning “the cosmic people.” NCLR describes
this as “an inclusive concept” whose purpose is to express the fact that
“Hispanics share with all other peoples of the world a common heritage and
destiny.”

NCLR’s interpretation of Vasconcelos’s explanation, however, is inaccurate. As
Guillermo Lux and Maurilio Vigil (professors of history and political science,
respectively, at New Mexico Highlands University) note
in their 1991 book, Aztlan: Essays on the Chicano Homeland:
“The concept of La Raza can be
traced to the ideas and writings of Jose Vasconcelos, the Mexican theorist who
developed the theory of la raza cosmica (the cosmic or super race) at least
partially as a minority reaction to the Nordic notions of racial superiority.
Vasconelos developed a systematic theory which argued that climatic and
geographic conditions and mixture of Spanish and Indian races created a
superior race. The concept of La Raza connotes that the mestizo is a distinct
race and not Caucasian, as is technically the case.”
In short, Vasconcelos was not
promoting “an inclusive concept,” but rather, the notion of Hispanic
racial superiority.
Over all others. As Islam refers to all non-Muslims of other faiths (or of
no faith) as the “People
of the Book” and enemies to be conquered, converted, enslaved, or slain, La
Raza’s own “People of the Book” are all non-Hispanics, i.e., Caucasians,
blacks, and probably even Asians.
“O People of the Book! Come to an
agreement between us and you: that we shall worship none but Allah, and that we
shall ascribe no partners unto Him, and that none of us shall take others for
lords beside Allah. (Al-i Imran Surah, 3:64) That is, let us not call others
Lord, God, Creator. Let the order of Allah (SWT) and His Pleasure be our criteria
for our deeds Let all of us be servants to Allah (SWT). Let us consider
ourselves responsible to Him. Let us be dependent on and loyal to each other in
accordance with these rules.” (Yazır, II, 1132)
Or else: “Fight against such of
those who have been given the Book as believe not in Allah nor the Last Day,
and forbid not that which Allah hath forbidden by His messenger, and follow not
the religion of truth, until they pay the tribute readily, being brought low.”
(At-Tawbe Surah, 9:29)
If race
is the issue regarding Mexicans or Hispanics, it is central to La Raza’s
manifold aims and purposes, as can be seen in this information-rich Discover
the Networks report. As the Muslim
Minority Affairs report and the Muslim Brotherhood’s 1991 Explanatory
Memorandum on the General Strategic Goal for the Group in North America clearly
state, among other things, that the cultural and political assimilation of Muslims
in the U.S. is not the goal of the
waves of Muslim settlers consciously facilitated by Obama, La Raza’s own overall
“strategic end” is to turn large chunks of the country into Mexican or Hispanic
enclaves in which non-Hispanics become the minority, an end also consciously
facilitated by Obama.
Daniel
Greenfield’s fine June 3rd essay, “How
Islam in America Became a Privileged Religion” reveals aspects of Islam in
America that can be equally construed to apply to the aggressive pursuit of
Hispanic hegemony and the LGBT movement as well.
Criticism of Islam is denounced as
racist even though the one thing that Islam clearly isn’t is a race. Islamist
organizations have figured out how lock in every advantage of race, religion
and culture, while expeditiously shifting from one to the other to avoid any of
the disadvantages.
The biggest form of Muslim
privilege has been to racialize Islam. The racialization of Islam has locked in
all the advantages of racial status for a group that has no common race, only a
common ideology.
Islam is the only religion that
cannot be criticized. No other religion has a term in wide use that treats
criticism of it as bigotry. Islamophobia is a unique term because it equates
dislike of a religion with racism. Its usage makes it impossible to criticize
that religion without being accused of bigotry.
By equating religion with race,
Islam is treated not as a particular set of beliefs expressed in behaviors both
good and bad, but as an innate trait that like race cannot be criticized
without attacking the existence of an entire people. The idea that Islamic
violence stems from its beliefs is denounced as racist.
And by
equating race with culture, or culture with race, or religion with race, or
race with religion, Muslims have the advantage coming or going, and very, very
few defenders of the West and of Western civilization have been able to call
their bluff.
Anyone
who criticizes Islam and Muslim settlers, illegal Mexican immigrants or settlers,
and homosexuals risks being accused of Islamophobia, Hispanophobia, or
Homophobia. These are the handy blanket smears which the Left, Islamic supremacists,
and homosexuals use as weapons to disarm or neutralize their critics. To the
MSM, anyone accused of these phobias is an automatic pariah to be denigrated
and shunted aside as the vanguards of these ideologies – and, yes,
homosexuality has now become an official political player in the pursuit of
power for power’s sake – trample underfoot the rights and civil liberties of Americans.
And each group seeks absolute, craven, supine submission to its particular
Hive, Cube, Umma, or Collective.
And the
irony is that they expect the boot each plans to plant on our faces to be supplied
by us.
Is resistance
futile?

Not on these pages.