“The Mask Wars. Masks
became a big thing after expert-in-chief Anthony Fauci did a 180 on his initial
pronouncement that masks aren’t effective. Now he says you should wear
goggles too. The media has scared and nudged  busybodies to publicly accuse anyone who
prefers to go maskless—even outdoors—of endangering the lives of others.
Masks
also serve as an allegory for our times. Even if they are effective, mandatory
face coverings put us all into a state of anonymity and isolation. They make
real face-to-face conversations impossible.”


Say goodbye to handshakes, too. Wash your hands first! Rubbing elbows permitted!
The
sale of goggles should become an additional financial boon to Internet
companies selling designer masks for a pretty penny.
In Australia a lockdown cop put a chokehold on a woman outside a store the better to sudue her. He
was backed up by a female cop with a tazer.  In New
York  police pinned down a woman they said wasn’t wearing her mask
properly. She talked back to a cop and that was her main crime. One does not contradict the mask police lest one be rough handled by the authority and undergo physical abuse..
There are dozens of such incidents and assaults on individuals. It has become a mandated , compulsory requirement that citizens wear masks in public. I don’t dare go to NYC now, first, because I refuse to wear a mask, and second, because it is a form of submission to state dictates. 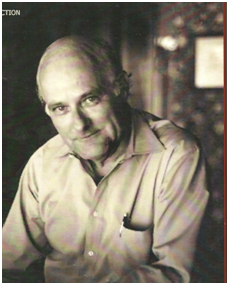 But mask wearing has spread beyond public appearances. It has spread to sex.

Safe sex during the coronavirus pandemic might soon require protection beyond just the nether regions.
“A new study from researchers at Harvard University says that hooking up carries some risk for transmitting COVID-19 from one partner to the other and recommends — among other practices — wearing a face mask while doin’ it.
The research, published in the Annals of Internal Medicine, ranked frisky situations based on how likely it is to catch coronavirus while in the act. Researchers recommend wearing a mask for the riskiest sexual scenario: sex with people other than those with whom one is quarantined.”


“Los Angeles Mayor Eric Garcetti said the city would shut down utility service for residents who committed flagrant violations of health orders and hosted large parties that can fuel the spread of the coronavirus.

If the LAPD responds to repeated complaints and verifies that there have been violations at a home, the city will within 48 hours have the DWP shut off service at that home. Garcetti also indicated that county health inspectors and other city representatives would be on the lookout for violations.
“Garcetti brushed aside legal concerns about the shutoffs:…You’re breaking the law. Just as we can shut down bars breaking alcohol laws,” he said, “in places that are in criminal violations, we can shut them down.”  Thus speaks another tin-pot dictator.
Even if the party-goers are all wearing masks, they’ll be denied water and electricity.


The evidence is obvious: the West is morphing into a Chinese pattern
with more and more people submitting to the virtue-signalling mask culture.
The goal is also transparent: to erase a society of individuals and replace it with one of
obedient, “safe,” unquestioning, and  thoughtless clones, wary of the enforcers.

Wake up — but be not WOKE